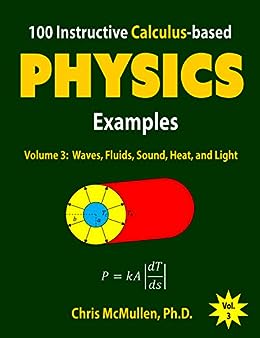 Learn physics from a university instructor with over 20 years of experience teaching calculus-based (and trig-based) physics in California, Louisiana, Oklahoma, and Pennsylvania.

How does this book help you learn physics?

Clear explanations; communication is vital toward learning physics.Explaining key steps in the math.Explaining concepts as they relate to the problem. Designed to help students.

Each example is fully solved with explanations.Examples were selected to illustrate important problem-solving strategies.

Both classic and new problems are included.